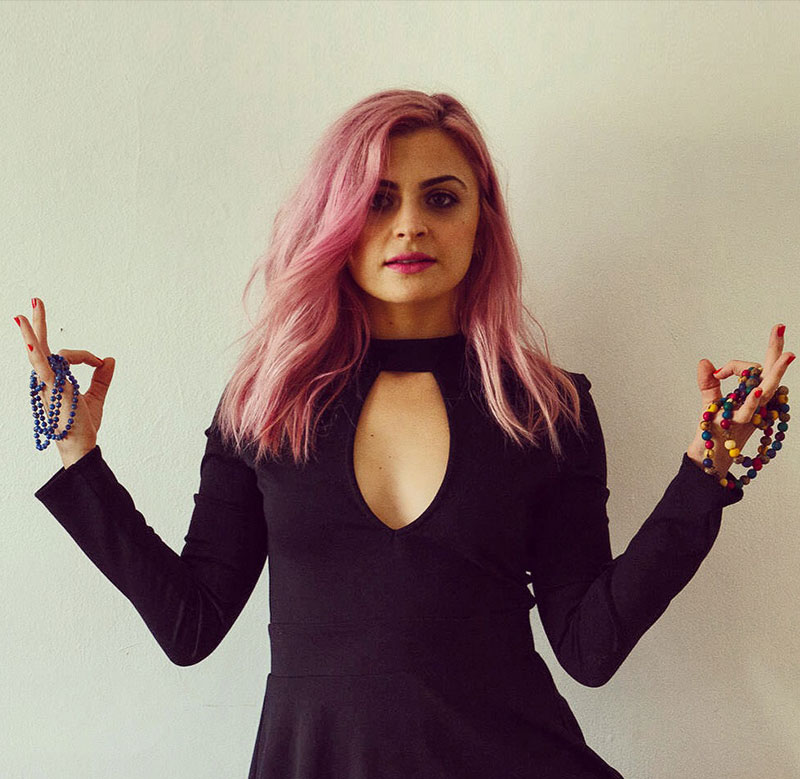 Hello! This is my story.

Stephanie Simbari is a funny creative who names comedian / actress / writer and host as some of her titles.

She was born and raised in the suburbs of New York City and spent most of her teen years drinking malt liquor and taking the train to NYC to get body piercings she would later live to regret. She’s since mostly cleaned up her act as a devoted yogini and spiritual seeker. She’s toured the country as a stand up comedian, and was a series regular on ‘Funny Girls’ on Oxygen. You can find her on Netflix in award winning indie film, Coldwater, hosting web content for MTV and co-hosting her very own podcast, the highly rated and what many have called “life changing” wellness show, ‘That’s So Retrograde’. TSR is where Stephanie has found her favorite niche; talking about her experiences attempting to be happy and healthy while encouraging others to do the same.